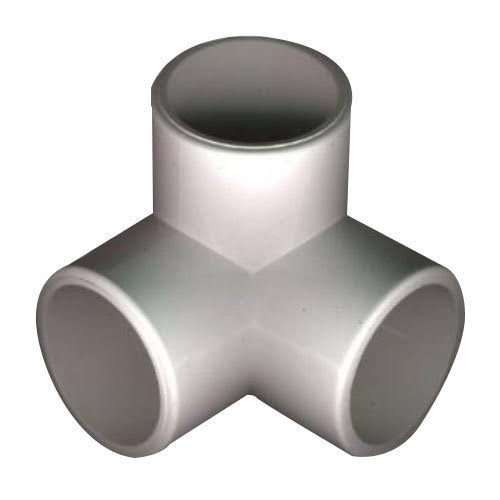 Pipes are connected with the help of joints. A variety of joints are used in an assembly of pipes. Fitting refers to the connecting of two or more pipes together. Various types of joints could be used in a pipe as per the requirement. Joints are also used for multiple pipe connections and are an important component of the plumbing system. Generally, the pipe joint fitted can easily sustain the pressure
created in the pipe. Various types of pipe joints are as follows. 1. Threaded joint 2. Welded joint (butt welded, socket welded) 3. Brazed joint 4. Soldered joint 5. Grooved joint 6. Flanged joint 7. Compression joint.
Threaded joint: When pipes are joined by screwing in threads which are provided in the pipe, it is called a threaded joint. Pipes usually have internal threads and threads externally. The threads are also made in various pipes like PVC, CI pipes, copper pipes and GI pipes, etc. Threaded joints are used for various diameter pipes. Welded joints: It is one of the most common methods of joining pipes used in large infrastructure like a commercial, institutional and industrial systems. Cost of material is low, but the labour costs are more due to the non-availability of trained welders and fitters.
Socket-welded joints. These are used when there is a high chance of leakage in the joints. Pipes are joined by putting one into other and welding it around the joint. Pipes having different diameters are suitable for this type of joint. Socket-welded joint gives good results as compared to other joints.
Brazed joints: When pipes are joined with the help of molten filler material at above 840°C, it is called brazing. Brazing is used for connecting copper pipes or copper alloy pipes. It is important to note that the melting point of the parent material (pipe material) should be higher than the filler material. Brazed joints usually have very less mechanical strength and are used in case of moderate temperatures.
Soldered joints: Soldering and brazing are similar activities. In soldering, the filler material melts below 840oC. With the help of soldering, copper and copper alloy pipes are joined. During soldering, flux or metal joining material is used to prevent oxidation due to the flame. Soldered joints are suitable for low-temperature areas and have low mechanical strength.
Grooved joints: When two pipes are joined together by making grooves (narrow cuts or depression) at the end of pipes with the help of sockets or couplings, such joints are called grooved joints. Due to the ease of assembly of the grooved joints, the labour cost is less. The piping system can be easily uninstalled and reinstalled frequently for maintenance. These are mostly used for fire protection.